The United Nations Relief and Works Agency for Palestine Refugees in the Near East (UNRWA) has come under fire from a watchdog after more than 100 employees at the agency — which provides educational services to Palestinian children — were found to have publicly promoted violent and antisemitic views on social media.

In “Beyond the Textbooks,” the report released by Geneva-based NGO UN Watch earlier this week, Facebook users identifying themselves as UNRWA staff members were scanned for hateful content, with researchers finding 113 incidences in which violence against Jews and Israelis was either celebrated or promoted.

Given the simplicity of the research method used and the small sample size, the report’s authors believe their findings likely indicate a far more pervasive problem among UNRWA’s 30,000 employees.

Among the documented incidences, “22 recent cases of UNRWA staff incitement which clearly violate the agency’s own rules as well as its proclaimed values of zero tolerance for racism, discrimination or antisemitism” were identified.

Examples of antisemitism uncovered in the report include one teacher from the agency sharing a video of Nazi leader Adolf Hitler beside inspirational quotes, and another sharing conspiracy theories accusing Jews of being responsible for the Covid-19 pandemic and plotting to destroy Islam.

Summarizing the damning findings, UN Watch Director Hillel Neuer stated, “Around the world, educators who incite hate and violence are removed, yet UNRWA, despite proclaiming zero tolerance for incitement, knowingly and systematically employs purveyors of terror and anti-Jewish hate.”

The report called on all of UNRWA’s major funders, including the United States, United Kingdom, Germany and the European Union, to hold the agency accountable to “its own rules and commitments” regarding prejudice and incitement to violence. 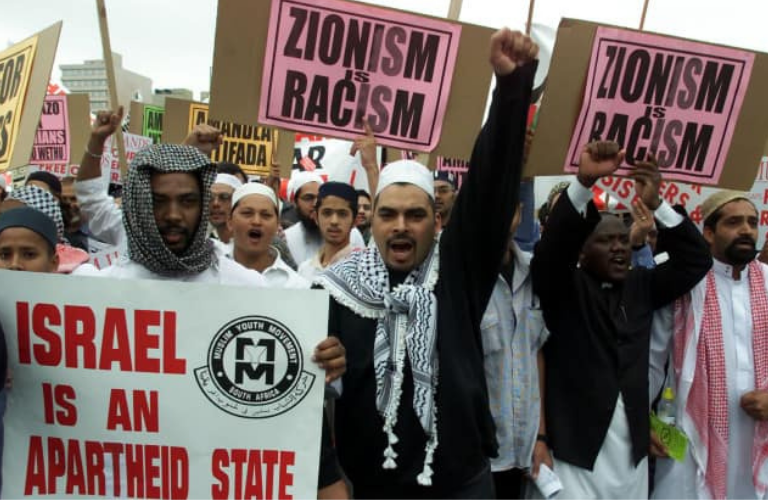