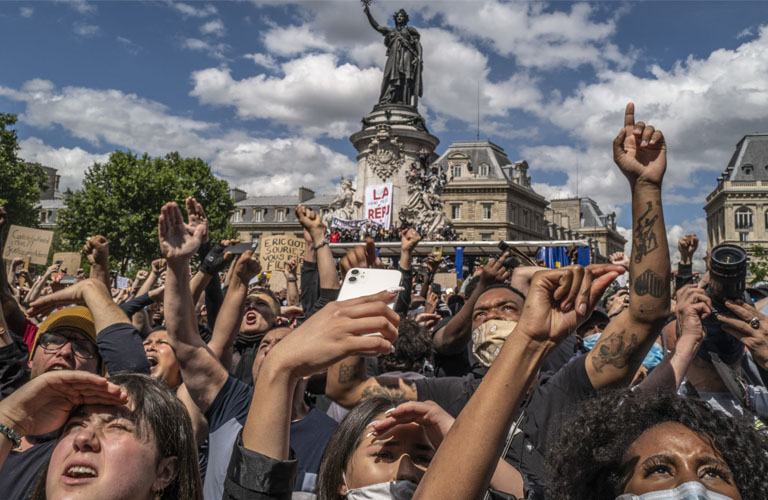 According to the Jewish Telegraphic Agency, Paris police are investigating after multiple participants were heard shouting “dirty Jews” among other anti-Semitic comments at a demonstration in Paris focused on the killing of Adama Traore, a black man who died in police custody there in 2016.

Traore’s death in police custody four years ago has spurred years of protest against police racism and brutality. Multiple reviews cleared the three officers who detained him of wrongdoing, with the final review coming just days after George Floyd was killed by police in Minneapolis, reinvigorating protests in France over Traore’s case.

The anti-Semitic chants were heard at Republique Square during the “Justice for Adama” rally. After counter-protesters displayed a banner that said “Justice for victims of anti-white crimes,” several members of the crowd began shouting defamatory comments about Jews, many of which were captured in a video.

The chants about Jews in Paris “are an insult to the Republic but also to the cause that the demonstrators claim to promote,” wrote Francis Kalifat, president of CRIF, the main umbrella body representing French Jewish communities and organizations.

This is not the first time anti-Semitic comments have manifested themselves in public protests. Recently, anti-Semitic chants, often linking Jews to world power, along with common anti-Semitic tropes, have been heard worldwide not only in police brutality rallies but in Coronavirus protests as well.