During the event, top leaders made clear their opposition to antisemitism, called for the adoption of the IHRA definition of antisemitism, and urged nations to proscribe Hezbollah in its entirety as a terrorist organization.

The event was organized by representatives of participating countries in partnership with the Combat Antisemitism Movement (CAM), the Center for Jewish Impact, the Congress of the Republic of Guatemala, the Guatemala-Israel Friendship League, and the Jewish community of Guatemala.

The event took place against the backdrop of a recent dramatic and frightening increase in antisemitic incidents across the world, including physical attacks on Jews and vandalization of synagogues. In addition, there has been an unprecedented rise in online racist abuse directed at the Jewish people and State of Israel.

Speaking from Guatemala City, Guatemala’s President Dr. Alejandro Giammattei spoke of the historic friendship between the Jewish and Guatemalan peoples, and of the strong bilateral ties that date back to Israel’s earliest days. He thanked Israel for the aid it provided to Guatemala after the Eta and Iota hurricanes last year, as well as the vaccines the country received from Israel that have been used to inoculate medical staff against COVID-19.

President Giammattei spoke of his country’s and government’s commitment to remembering and educating about the Holocaust and ensuring that the dark lessons of the past are learned. “Guatemala adheres to, respects, and supports the fight against antisemitism,” he said.

He also reiterated what he said on his last visit to Israel, stating, “The enemies of Israel are our enemies, and the friends of Israel are our friends,” and adding, “We declare Hezbollah to be an enemy of the State of Guatemala, and hope we never receive any investment which might come from groups or countries aligned with Hezbollah.”

Israel’s Foreign Minister and Alternate Prime Minister Yair Lapid spoke with gratitude regarding Guatemala’s historic support for Israel. He thanked President Giammattei and the Forum’s participants from across Southern, Central, and North America, noting, “We are grateful for the recognition of Jerusalem as our eternal capital. It was an honor to open the Embassy of Honduras in Jerusalem alongside President [Juan Orlando] Hernández.”

Foreign Minister Lapid emphasized, “We stand shoulder to shoulder in the fight against global terrorism. One key step is banning Hezbollah, all of Hezbollah, and I am thankful for those who have taken the step and call on every country to follow suit.” He also spoke of the deep cooperation between Israel and countries of Latin America, and of his pride that Israel had been able to share its innovations in agriculture, water, healthcare, and education, training thousands of people from South America through the Foreign Ministry’s MASHAV program.

Secretary of the National Congress of Honduras Congressman Jose Tomas Zambrano spoke about the significance of the opening of the country’s embassy in Jerusalem in June. He added that despite the political difficulties, “This year, we promoted an initiative in Congress to condemn all the terrorist attacks against Jerusalem and Israel, which was also passed, supported by the majority of Congress.”

Ana Lucrecia, Vice President of the Congress of the Republic of Guatemala, called on more nations in the region to take part in efforts to build bridges between different peoples.

Dr. Fidel Reyes Lee, President of the Guatemala-Israel Parliamentary Friendship League, condemned the atrocities and human rights violations committed against the Jewish people, calling on nations and societies all over the world to reject and condemn antisemitism and to recognize the IHRA definition.

Claudia Ruiz de Estrada, Guatemala’s Minister of Education, spoke about her country’s commitment to educating students and teachers about the Holocaust.

Also addressing the forum, Congresswoman Dorina Rodríguez Salazar from the Dominican Republic, spoke about her nation’s role in saving Jews during the Holocaust, noting “we welcomed hundred Jews with warmth and love.”

Congressman Uarren Beitia, Member of the Central American Parliament, said that Panama had worked hard to criminalize racism and discrimination. He stressed that with the right legislation, “although antisemitism exists to a certain degree, as it does all over the world, it rarely results in concerning events.”

The Central American countries signed a declaration of support for the Jewish people and State of Israel, highlighting their commitment to educate about the Holocaust and to fight antisemitism, including the recognition of the IHRA definition: “We stand against hatred in both the political and legal realms. We support the use of IHRA as many other countries and institutions have done to help law enforcement handle it appropriately and justly.” Read the full statement here.

Representatives of the United States of America also took part in the forum and demonstrated across-the-aisle support for the fight against antisemitism. Senators James Lankford and Jacky Rosen, co-founders, and co-chairs of the Senate Bipartisan Task Force for Combating Antisemitism, reiterated the importance of the IHRA definition as a tool in legislative efforts to quell Jew-hatred.

Texas Governor Greg Abbott spoke of the importance of the role of government in combating antisemitism. He said, “With the disturbing rise in antisemitism we all have a responsibility to combat hateful rhetoric and violence in our communities. That’s why I signed a law that creates the Texas Holocaust Genocide and Antisemitism Advisory Commission. This commission will help root out antisemitism in Texas and make our communities safer.”

In addition, Congressman (New York) Lee Zeldin noted, “We have seen certain members of the U.S. Congress and prominent activists demonize Israel for defending itself against acts of terror. My Republican colleagues and I, as well as many Democrats, unapologetically stand behind Israel as the world’s only Jewish state and a beacon of freedom in the Middle East.”

He added, “Hamas allies and Palestinian sympathizers are constantly stirring anti-Israel hate and further the cause of antisemitism through the BDS movement and anti-Jewish rhetoric. As Hamas continued its attacks on Israel, Israeli flags were burnt, fireworks were thrown into crowds of protesters in New York City, Jewish diners at a Los Angeles restaurant were sought out and attacked by a pro-Palestinian caravan. And just this past weekend in Brooklyn, a Jewish man was attacked and robbed while on his way to synagogue.”

Congressman Ted Deutch (Florida) said that antisemitism was a global problem, and that “The Jewish community needs partners and allies who are committed to protecting them, and to speaking out against those who seek to delegitimize and call for the destruction of the only Jewish state in the world.”

He thanked the Guatemala Government for designating Hezbollah in its entirety as a terrorist organization. He said, “The Iranian backed Hezbollah is responsible for attacks on the State of Israel and Jews around the world,” and explained that he had introduced a resolution in Congress urging European countries to designate both Hezbollah’s military and political wings as a terrorist organizations. Failure to do so he noted, “only grants legitimacy to terrorists with blood on their hands.”

A full list of speakers, and the recording of the conference can be seen here:

Explaining the importance of the Forum, Robert Singer, Chairman of the Center for Jewish Impact, said, “This is the first time that so many countries from Central America have come together to support Israel at a critical moment in the lives of Jews around the world. It is an honor for us to share this important event.”

Sacha Roytman-Dratwa, Combat Antisemitism Movement Executive Director, thanked the participants, and said, “At this moment in history, with Israel under constant attack and with antisemitic hatred flourishing worldwide, it is time for friends of the Jewish people and Israel to stand up and be counted in a display of resolute solidarity and the Central America Forum for Israel is doing just that.”

The Combat Antisemitism Movement is a non-partisan, global grassroots movement of more than 350,000 individuals and 330 partner organizations, across all religions and faiths, united around the goal of ending antisemitism in all its forms.

The Center for Jewish Impact was established by its Chairman, Robert Singer, along with senior leaders and professionals of the Jewish world under the vision of becoming a focal point and center for excellence for innovative and impactful initiatives that deliver benefit to Israel and the Jewish world. 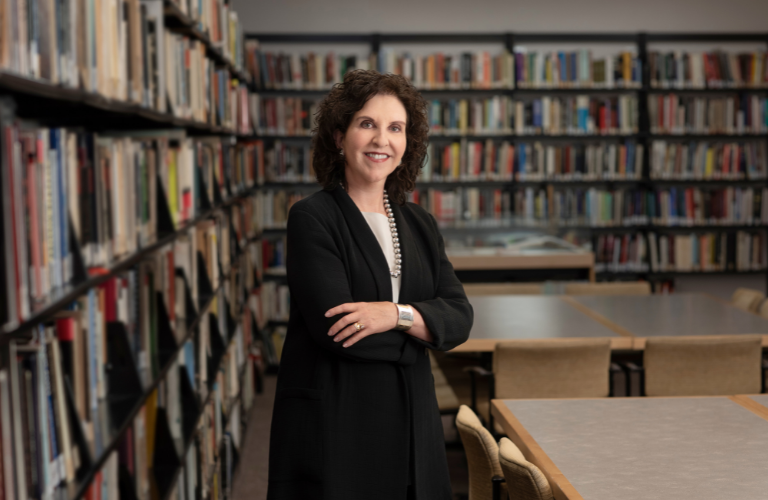