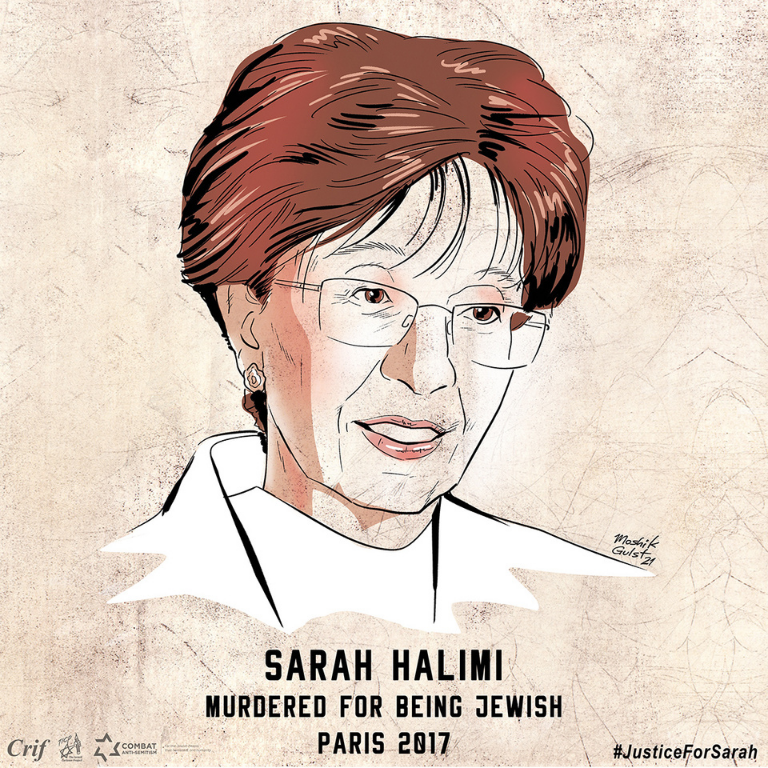 Join with us and people of conscious from around the world and demonstrate your solidarity with the family of Sarah Halimi and the French Jewish community in the demand that Halimi's anti-Semitic killer be held accountable for his crime.

Last week, the family of murdered French Jewish woman Sarah Halimi was dealt a devastating blow. In an unfathomable decision, France’s Court of Cassation ruled that the depraved killer of their beloved grandmother, who was brutally assaulted and stabbed to death in her Paris apartment, with her body thrown from a window, will never face justice, because he was high on marijuana at the time.

Today, I stand in solidarity with the Jewish community of France and demand JUSTICE for Sarah Halimi and her bereaved family!

There is no excuse for anti-Semitism, and hate crimes must be prosecuted to the full extent of the law. #JusticeForSarah #JeSuisSarah

This legal travesty cannot be allowed to stand. For the sake of Sarah Halimi, her family, and the entire French Jewish community, action must be taken to rectify this wrong.

While we can’t be in Paris physically on Sunday, the Combat Anti-Semitism Movement (CAM) and our global coalition of hundreds of thousands of grassroots interfaith activists will stand together to support the rally virtually.

Join us and like-minded people of conscious from around the world and demonstrate your solidarity with the Halimi family and the French Jewish community by saving the image of Sarah Halimi below and posting it on social media ahead of the rally.

By speaking in one unified voice, we can show the world that anti-Semitism will not be excused or tolerated.

Help make this campaign go viral by sharing the image and following text social media between now and Sunday, April 25th, with the hashtags #JusticeForSarah and #JeSuisSarah.

Your participation is essential to this vital collective effort.